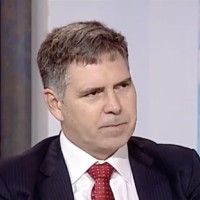 Jeremiah has more than 25 years of experience in building companies, teams and project execution across multiple countries and industrial sectors, including energy, informatics and supply chain. He has also been involved in information technology since before Netscape.

Jeremiah has worldwide experience living and conducting business in countries like the USA, India, Malaysia, Australia, Switzerland, Russia and the Middle East.

As the chairman of the non-profit MECi Group he leads a group of like minded people on projects they enjoy to do around the world.

Lukas is an experienced event planner, that has participated in hundreds of successfully executed events for international clientele from nearly every part of the world.

He is a skillful, empathetic and open-minded communicator and knows how to work productively with international professionals from various cultures.

As a founding member and President of the MECi Group, he engages in international projects of various scopes.

As Chief Of Staff at The Thorium Network, Lukas is passionately committed to creating and maintaining internal and external communications; serving as a strategic advisor and counsel to others in the project, while acting as a sounding board for new ideas and implementations.

Candice has almost 15 years of both agency and in-house experience in integrated Communications, Brand, PR & Marketing strategies. With the majority of her career spent heading the Communications department of an Australian public-listed company, Candice has worked across consumer brands, aviation, travel & tourism as well as emerging technology.

Her strong international experience and networks in Australia, Asia, Europe, UK and USA has seen her successfully develop and deploy global strategies that can be localised to drive effective communications.

Candice is committed to pushing the 'tech for good' agenda, with a strong belief in the use of innovation to create a positive social, economic and environmental impact worldwide. 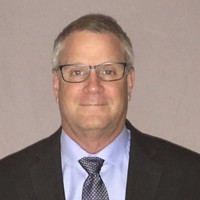 Rick has more than 40 years of experience in technology including setting IT visions and managing multi-million dollar budgets. He has built large world- wide teams, optimized efficiency, and adheres to strict state-of-the-art security compliance.

He has held multiple executive roles including CIO, CISO, and Director of IT and Security. He spent 26 years at Bank of America with oversight of 250+ financial services applications and platforms. 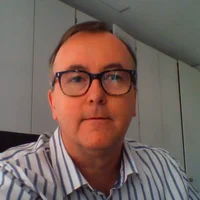 Richard taught himself coding at the age of 12, building games. This quickly led to a love of gaming and the design and build of his first multi-user computer game on a million dollar defence mainframe in 1990!

In 1991 he earned an honours degree in Battlefield Command & Control Systems, awarded jointly by Cranfield University and The Royal Military College of Science (now the Defence Academy of the UK). It was here that Richard won both a National Award and a scholarship from the UK's Ministry Of Defence, whilst also doing internships designing Radar User Interfaces at Siemens. It was also as an undergraduate that Richard first studied Artificial Intelligence, designing and building his first neural network on a Meiko Surface, one of the earliest massively parallel computer arrays.

Richard has lived and worked in over 30 diverse companies and 10 countries, and has been a teacher (more than once!), an Au Pair, a dive boat owner/operator, and his own company CEO. He cracked major Y2k projects for global banks and for over a decade led international teams designing and building national and global Business Intelligence systems in Healthcare, Finance and Manufacturing. He later built his own software company as a Microsoft Partner whilst simultaneously studying for his MA in Digital Game Design. graduating with Distinction in 2010.

In 2012 Richard built his first Litecoin mining rig, which was the start of his interest in crypto-currencies and Blockchain technology. Whilst trading crypto's during the day, at night he taught himself DevOps skills in Cloud Computing, which led to designing and building SaaS apps for startups, including two of his own.

Richard brings almost four decades of software experience to TTN, a project he passionately believes and is eager to see succeed. 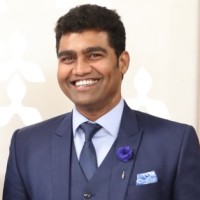 Ashok has 18 years of IT experience at all levels of SDLC, PDLC and STLC. He has experience from coding level to strategic CTO level in the IT Industry.

Ashok works closely with our Product Development Partners, bridging us to the most suitable and efficient IT Service Providers with world class track records in Blockchain, DLT, Supply chain, Tokenization, Security, Waste Handling and Logistics.

Sarper is an ex-software developer and a product manager. His 14 years of commercial experience allows him to understand both business and technology and how to best use technology to support key business drivers.

Having started his career with The Coca-Cola Company, Sarper became involved with various companies and startups throughout his career, including, HotelsPro - one of the largest worldwide hotel accommodation companies in the world. At HotelsPro Sarper led a team of 9 developers and built Compass, a SAAS hotel extranet system from scratch which became a highly successful product that grossed over €50M per year.

After Hotelspro, Sarper passed through blockchain projects, leading the product management side of the fully-remote 'Please' startup, with products deployed on the web, mobile and Ethereum blockchain. Subsequently he focused his attention on Cointral (online crypto purchase and swapping engine) and Weasy (online crypto wallet supporting 1000+ coins) to come up with a cryptocurrency exchange working with the biggest partners in the world.

Zvonko is an internationally chartered engineer, manager and technology developer with 45 years of experience in the design and implementation of complex projects in the resources, utilities and infrastructure sectors. He is also a practising ICI trained process safety and risk study facilitator as well as an ENS International trained negotiator.

His work in advising and managing international and local stakeholders and contributors in multiple locations across many countries and cultures has also highlighted the need for improved project management to counter the many issues especially in major projects. To this end he has developed over 150 project management systems and tools and is authoring a book titled “Decisions are the Project” targeted towards decision-based rather than process-based project management. 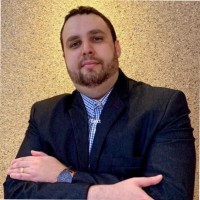 Captain Ricardo Lopes is an experienced Maritime Captain with solid experience in the energy (Oil & Gas) industry. He is a qualified Dynamic Positioning Specialist and Ship Safety Specialist.

Ricardo has worked in many international companies and was a member of the Drillships project building team at one of the biggest shipyards in the world, located in Asia.

Ricardo is enthusiastic about green modes of energy and is engaged in making Thorium into a fuel source for merchant ships propulsion.

He is a member of Mensa, a worldwide international high intelligence community and also an executive and business coach in both a personal & professional capacity. 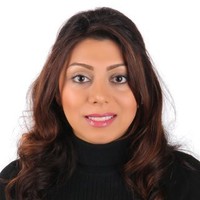 Farnoosh has extensive logistics and supply chain management experience along and is also an experienced professional in the ICT industry with a strong focus on process ownership and cost management.

Farnoosh founded the Bitcouch due to growing demand in the EMEA region, to support SMEs and corporates with a consistent and proven track record of successfully employing best business practices that improve efficiency and reduce operating costs whilst simultaneously increasing performance and keeping within budget and time constraints.

Farnoosh is committed to identifying and implementing continuous improvements in supply chains. 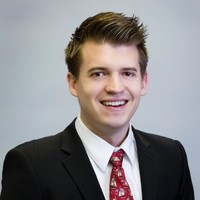 Sam has experience as a lawyer for energy, technology, equipment, R&D, and M&A transactions on every inhabited continent worldwide.

He has also lived and worked on three continents, including in the Middle East and Africa, and has extensive experience with both renewable and fossil fuel based energy value chains.

Sam has been the primary lawyer for billions of dollars of cross-border transactions and cutting-edge energy work, such as with offshore FPSO facilities.

Sam is also a mechanical engineer with experience in energy efficiency design and construction. He has handled complex claims related to challenging projects and major natural disasters across the globe, particularly in the developing world. Beyond his transactional and technical expertise, Sam also has experience managing the complex insurance and financing issues which are critical to billion-dollar-scale projects. 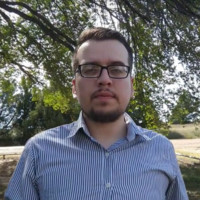 Edgar Bolivar is an American citizen, born in Mexico on March 27th 1986. He is an Automation Specialist, Theoretical Physicist, Musician, and the CEO of Petricor LLC.

He has worked on developing concepts for fusion reactors and his ideas are based on unconventional methods of plasma confinement. In 2012 he worked on a concept for plasma containment and compression, and since then he has conceptualized two other different types of nuclear reactors.

Edgar pursued studies in Additive Manufacturing systems when he was working as an automation specialist in the food industry. Following eight years of extensive works into automation systems; he started his own company ‘Petricor LLC’ through which he proposed the ‘Open House Technology’. Through the project, he proposed a series of autonomous robotic devices to create large structures automatically based on initial architecture design. He suggested that the proposed technology will improve traditional construction by incorporating additive manufacturing & concrete.

His other works are centered on the theoretical field, in many areas from Power Transmission to Civil Engineering, Chemistry and Biology.

Gabriel Zanko is a Blockchain & Technology Investor - Advisor to several global companies -startups and projects developing complex solutions and tackling global problems using new technologies such as Blockchain - AI and IOT which are disrupting our current models in society.

He also acts as a speaker and panelist in global technology conferences from NYC-DC and San Francisco to Stockholm - Malta, and China.

Gabriel is also the founder of MobileyourLife.

Hulmo is a principal engineer with a passion for righteousness. He believes in climate smarter living, ecological prosperity, collaborative comments and that humanity must reach a fossil-free world within one generation.

In 2012, Hulmo discovered Bitcoin, the first freely open market in hundreds of years and was captivated by Its potential in governance and incentives structures, the potential of mutability in a borderless way.

In 2014, he discovered what thorium is and what it can become. He was mesmerized by its extreme energy potential. When we put both Technologies together Hulmo believes we will have a world-changing fundamental shift in Security, Safety and Energy production. Hulmo aims to be a human linchpin between R&D and difference discipline’s, companies and governments. He is helping to create this project and make it flourish because the Fossil fuel era is over and the renewable future has to be built. Let’s build the future together.